No products in the basket.

Departing from the pretty village of Pooley Bridge in the Lake District National Park, this very special 6 day adventure will lead you through some of the U.K and Scotlands most stunning and picturesque National Parks. Tracing a route including; The Galloway Forest, Loch Lomond & Trossachs, Cairngorm Mountains – with “Tea @The Shee”, you’ll ride much of the world famous North Coast 500 route along Scotlands west, north and east coasts including the beautifully tranquil Loch Assynt, Durness, Dunnet Head (mainland Britain’s most northerly point) and not
forgetting John O’Groats for photographs at the signpost!

West and North coasts ridden, you’ll be guided south past Inverness, Fort William in the shadow of majestic Ben Nevis, and onwards through the truly magnificent, awe-inspiring Glen Coe; a place of majestic mountains, tranquil Lochs and vast open space….. quite simply Glen Coe is jaw dropping in its beauty and splendour.

Following which a visit to The Green Welly Shop for fuel for body & bike is a must! Sweeping through central Scotland, across the northern-most reaches of the Trossachs, crossing the iconic Forth Road Bridge our route takes you to the Beautiful Borders and a sprint along its splendid roads, before heading south across the border into England and Kielder Forest.

Finally you carve a huge sweeping “S” across the North of England riding through 3 of Englands most inspiring national parks; Northumberland, Lake District and the Yorkshire Dales, bringing to an end your fabulous 6 day Redee Adventure in the charming hamlet of Kettlesing Bottom.

Day 0 Arrive in Lake District
Your adventure begins at a truly wonderful inn located in the pretty little village of Pooley Bridge within the glorious Lake District National Park. It is in this traditional bar featuring open fires and a relaxing, welcoming atmosphere, that you'll meet your Redee tour guide and fellow riders; and where your Redee Adventure begins...
Day 1 : Depart Lake District
Following a hearty breakfast - Depart Pooley Bridge and the Lake District, passing through North Pennines and over the border into bonnie Scotland and the world famous Gretna Green. Riding continues apace via the fabulous Galaway Forest, crossing the mighty River Clyde via Erskine Bridge and onward through the spectacular Loch Lomond & Trossachs National Park to Dunblane and your stunning hotel for the night.
Day 2 : Depart Dunblane
Satisfying Scottish Breakfast consumed, bikes loaded and its time to depart Dunblane for a sensational days riding to this evenings destination - Gairloch, on Scotlands rugged west coast. Today's route winds its way north passing through Tay Forest Park and the simply stunning Cairngorm Mountains with a stop at Glenshee for "Tea @ The Shee". Body refueled its onwards again taking on the multitude of twists, turns, ups and downs of the magnificent Old Military Road as it passes Letch Ski Centre towards Inverness. The final stretch of the day includes a short but stunning section of the world famous NC500, skirting Beinn Eighe and its Nature Reserve to days end at Gairloch on the shores of a tranquil sea loch, a fitting end to a truly scintillating days riding.
Day 3 : Depart Gairloch
Todays route from Gairloch to Castletown follows the simply wonderful NC500 as it winds it way north along the rugged west coast. Replete with views that will blow your mind this is what riding the west coast of Scotland is all about. Passing Loch Ewe (The deep waters of Loch Ewe were used by the allies during WW2 as the base for the Arctic convoys that supplied Russia), the beautiful Loch Assynt, the views and spectacular scenery continue to inspire as the route heads to Durness for fuel and food. Finally its a dash 'across the top' to Castletown, finalising the day at this evenings characterful accommodation.
Day 4 : Head for NC500 South & East

West and north coasts of the NC500 complete, today its all about the route south and the east coast. However first is the breath taking Dunnet Head
(The true most northern point of mainland Britain) and a stop for photographs, back on the bike for a short hop and another stop, this time at the world famous John O'Groats signpost for more photographs at this iconic location. Now its back to the NC500 taking adventurers south as it follows the east coast, passing the city of Inverness (The official start and finish points of the NC500), then onto stunning and tranquil Loch Ness whose shores the route follows; keep eyes peeled for "Nessie" and the ruins of 16th century Urqhart Castle on the lakeshore. No trip to this area of Scotland would be complete without an excursion to the Commando Memorial, its here respects can be payed to the men of the original British
Commando Forces raised during World War II. The memorial overlooks the
training areas of the Commando Training Depot established in 1942 at
Achnacarry Castle. Respects payed its a short ride to the final destination of the day, Fort William in the shadow of magnificent Ben Nevis.

Day 5 : Head for Denholm
Today's destination is Denholm in the beautiful Scottish Borders. Upon leaving Fort William the route follows the shoreline of Loch Eil and Loch Linnhe as it takes the A82 through the truly magnificent, awe-inspiring Glen Coe; a place of majestic mountains, tranquil Lochs and vast open space..... quite simply Glen Coe is jaw dropping in its beauty and splendour. And it's here, time permitting, we take a short detour for photographs at a famous James Bond film location. Photo shoot complete, now's the time for a short break at the fabulously named coffee stop - "The Green Welly Shop" at Tyndrum. Bike and body fuelled the journey continues apace along sweeping, diving and rising roads through the northern most reaches of Trossachs National Park. A pistop for the body and mind then onwards again towards the iconic Forth Road Bridge, spanning the magnificent Firth of Forth. Once across the bridge, take a slingshot route around Edinburgh, and we're into the Beautiful Borders and its splendid roads taking in Peebles, Innerleithen, Selkirk and Historic Hawick. All too soon the border between Scotland and England appears and then its a short ride to this evenings hotel in Denolm.
Day 6 : Head for the Yorkshire Dales

The route from Denholm to Kettlesing Bottom covers over 210 glorious, twisting miles as it traces a path up hill and down dale across beautiful
northern England, taking in scenic Kielder Water and 3 national parks for good measure. Today maybe the last group day of this tour but it doesn't mean the end of spectacular sights and snaking roads. The mountains may have been ridden, but there are still thrills aplenty as the route passing through the vast Northumberland National Park, racing past Hadrian's Wall, snaking across the North Pennines, making progress onwards and through the spectacular Lake District. And finally into the Yorkshire Dales and its many moods; it can be wild and windswept on exposed hills and dales or quietly tranquil in beautiful valleys, towns and villages. It's here in the beauty of Yorkshire that your adventure must sadly come to an end, but with one further delight in store - The Queens Head Inn. The Queens Head, situated in the charming hamlet of Kettlesing Bottom, is a true delight full of character and charm, and its here you'll spend your final evening eating splendid pub food, reminiscing with new friends about the fabulous 6 day Redee Adventure you've experienced, sampling Yorkshires finest ales.

Day 7 : Depart for home
This morning is celebrated with a traditional Full English Breakfast fit for a king, or queen, as you say your final good-byes to new friends and finally depart for home at your leisure. 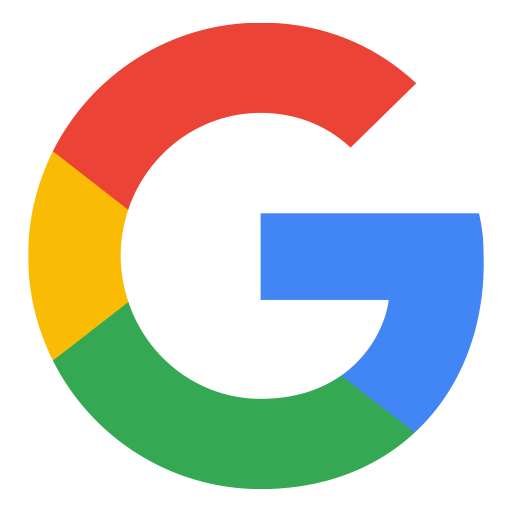 Robert PGoogle
Read More
Scotland 6 Days Tour March/April 2022. I am an experienced motorcycle tourist and have travelled with various tour companies. This tour fully met my expectations. Comprehensive and useful pre tour material. Excellent routes clearly well researched and accurate navigational material. Decent hotels. Alan and Tony were professional and friendly Guides on a tour that took place in challenging weather conditions. I would certainly tour again with this company.

Ian MuirGoogle
Read More
I just completed a 6 day tour of Scotland with Redee. Routes were exceptional. Accommodation was excellent on every stop. Alan and Tony, our tour guides were helpful and supportive at all times. I would highly recommend anyone to sign up for a tour with Redee. At 73 I wondered how I would cope but I shouldn't have worried as there was no pressure and I could ride at my own level. This along with the others who came along made it a memorable experience. Five stars all round.

Contact our friendly team who are more than willing to help.

We use cookies on our website to give you the most relevant experience by remembering your preferences and repeat visits. By clicking “Accept All”, you consent to the use of ALL the cookies. However, you may visit "Cookie Settings" to provide a controlled consent.
Cookie SettingsAccept All | Read More
Manage consent

This website uses cookies to improve your experience while you navigate through the website. Out of these, the cookies that are categorized as necessary are stored on your browser as they are essential for the working of basic functionalities of the website. We also use third-party cookies that help us analyze and understand how you use this website. These cookies will be stored in your browser only with your consent. You also have the option to opt-out of these cookies. But opting out of some of these cookies may affect your browsing experience.
Necessary Always Enabled
Necessary cookies are absolutely essential for the website to function properly. These cookies ensure basic functionalities and security features of the website, anonymously.
Functional
Functional cookies help to perform certain functionalities like sharing the content of the website on social media platforms, collect feedbacks, and other third-party features.
Performance
Performance cookies are used to understand and analyze the key performance indexes of the website which helps in delivering a better user experience for the visitors.
Analytics
Analytical cookies are used to understand how visitors interact with the website. These cookies help provide information on metrics the number of visitors, bounce rate, traffic source, etc.
Advertisement
Advertisement cookies are used to provide visitors with relevant ads and marketing campaigns. These cookies track visitors across websites and collect information to provide customized ads.
Others
Other uncategorized cookies are those that are being analyzed and have not been classified into a category as yet.
SAVE & ACCEPT